How psychology can help craft your marketing message

The one about Barnum, the circus guy, and how a World War 2 psychologist could improve your content writing process

For years I have been trying to find the time and excuse to write about Professor Bertram Forer and the recent avalanche of content marketing, coupled with a latter fascination with behavioural economics has given me the perfect opportunity.

In 1948, the American psychologist Bertram Forer gave a personality test to his students. He told his students they were each receiving a unique personality analysis that was based on the test’s results and to rate their analysis on a scale of 0 (very poor) to 5 (excellent) on how well it applied to themselves. Unbeknownst to them, each of the students received the same identical analysis (Forer didn’t even read their responses!):

The students average rating of their “personalised” report was 4.26 out of 5.

Only after the ratings were turned in was it revealed that each student had received identical copies assembled by Forer from various horoscopes and had no bearing whatsoever on analysis of their individual tests results.

This effect, often called the Barnum Effect, after the legendary circus impresario PT Barnum with his offer that “we’ve got something for everyone”, is the observation that individuals will give high accuracy ratings to descriptions of their personality that supposedly are tailored specifically for them but are in fact vague and general enough to apply to a wide range of people.

In my day job I spend more and more of my time working with colleagues and clients on persona-based marketing. This approach helps to recognise that not all customers and prospects are the same and that grouping them will help you ensure more relevant messaging to each persona group. This is particularly useful for B2B marketing in my view, as so often multiple departments will be involved in the average buying process for most businesses.

Although it may seem obvious to you and I that using this approach not only helps you work out the right type of message, but also to work out at what stage of the buying process is the message needed and via which communications channel, it is not always obvious to others outside of the marketing department and needs some selling in.

This is where time and time again I have found that sharing the above experiment that Forer conducted can help others buy into why persona segmentation is so valuable – as humans we like to believe that we are understood and the more we see language and messaging that feels relevant and about us, the more it feels that the author of that messaging “gets” us. 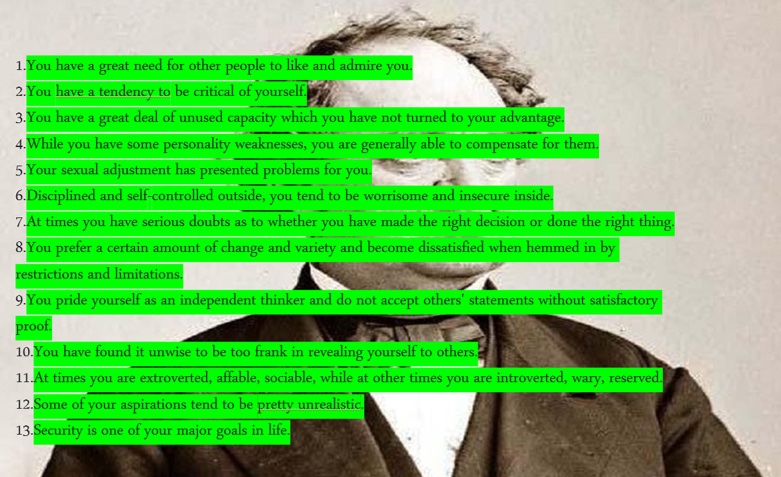 Forer and his 13 points of a test

And that feeling or connection is what we all really strive for in our marketing communications – to convince our audience we understand them, know them, and most importantly can help them. But this only comes if we understand enough about them and how they think to use language skills such as Forer’s insightful analysis of his students to build that connection.

So next time you are reviewing your marketing and wondering whether you are resonating as much as you need, or if you are losing the battle to convince your organisation to focus on persona-based marketing, please do cite Bertram Forer and his revelation. That well-crafted messaging can give the very powerful effect of making readers feel you truly understand them. 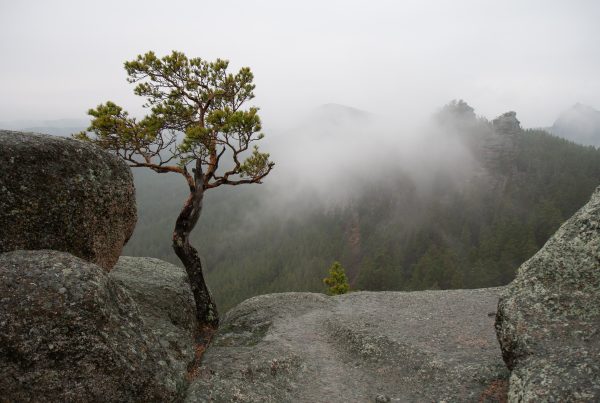 How businesses can learn to adapt in an ever-changing climate 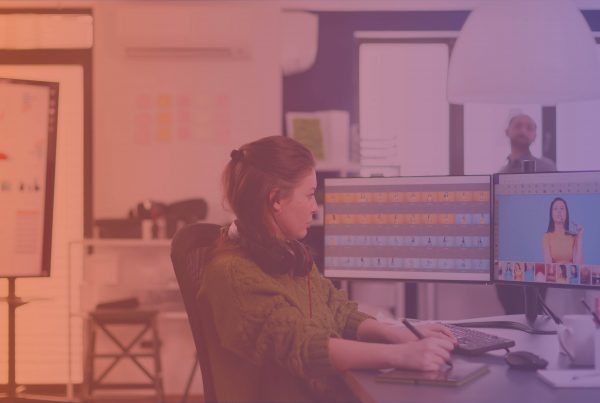 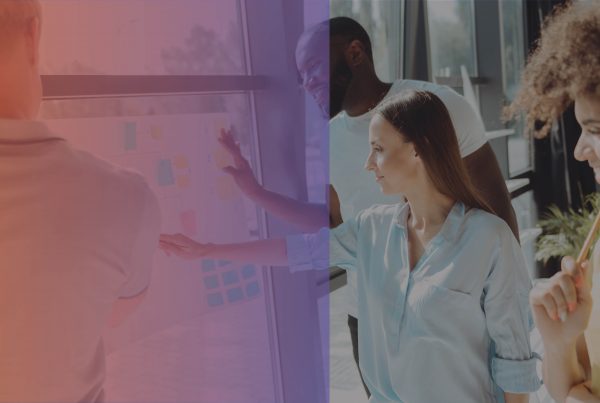 The importance of a diversified marketing strategy

From data to campaign using world class technology, we power your growth with end-to-end marketing programmes. Whatever it takes, we go beyond.